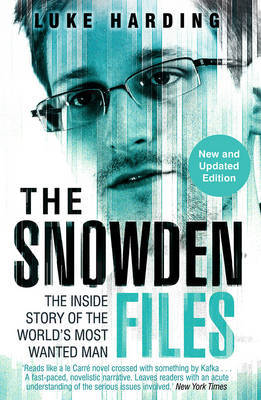 The Snowden Files: The Inside Story of the World's Most Wanted Man

It began with an unsigned email: "I am a senior member of the intelligence community". What followed was the most spectacular intelligence breach ever, brought about by one extraordinary man, Edward Snowden. The consequences have shaken the leaders of nations worldwide, from Obama to Cameron, to the presidents of Brazil, France, and Indonesia, and the chancellor of Germany. Edward Snowden, a young computer genius working for America's National Security Agency, blew the whistle on the way this frighteningly powerful organisation uses new technology to spy on the entire planet. The spies call it "mastering the internet". Others call it the death of individual privacy. This is the inside story of Snowden's deeds and the journalists who faced down pressure from the US and UK governments to break a remarkable scoop. Snowden's story reads like a globe-trotting thriller, from the day he left his glamorous girlfriend in Hawaii, carrying a hard drive full of secrets, to the weeks of secret-spilling in Hong Kong and his battle for asylum. Now stuck in Moscow, a uniquely hunted man, he faces US espionage charges and an uncertain future in exile. What drove Snowden to sacrifice himself? Award-winning Guardian journalist Luke Harding asks the question which should trouble every citizen of the internet age. Luke Harding's other books include Wikileaks: Inside Julian Assange's War on Secrecy and Mafia State: How One Reporter Became an Enemy of the Brutal New Russia.

Investigative journalism at its best, telling the full story of the biggest leak in history and the forces that tried to stop them.

LUKE HARDING is an award-winning foreign correspondent with the Guardian. He has reported from Delhi, Berlin and Moscow and has also covered wars in Afghanistan and Iraq. He is the author of MafiaState and co-author of WikiLeaks: Inside Julian Assange's War on Secrecy (2011) and The Liar: The Fall of Jonathan Aitken (1997), nominated for the Orwell Prize. He has also written for the magazine Granta. He lives in Hertfordshire with his wife, the freelance journalist Phoebe Taplin, and their two children.